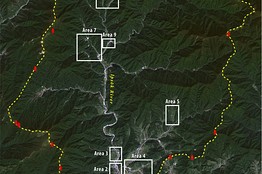 The U.S. State Department’s annual report on international religious freedom released this week makes for bleak reading. Violent repression of religious believers the world over, whether at the hands of governments or of unchecked thugs, is creating personal tragedies for millions of faithful. This oppression also threatens social institutions that play such an important role in fostering peace and stability.

The Middle East is the most pressing hot spot at the moment. Iran and Saudi Arabia again make State’s list of countries of particular concern for violations of religious liberty for their legalized intolerance of minority religions. In Syria, the report says, Bashar Assad’s regime increasingly casts the ongoing civil war in religious terms, and it is ramping up persecution of religious groups it views as political threats. The number of Christians in Homs has fallen to 1,000 from 160,000 before the civil war began.

Increasing disorder is paving the way for violent non-state groups to harass religious believers. Although State’s report covers 2013, the world saw a graphic illustration of this phenomenon last month, as the Islamic State of Iraq and al-Sham drove thousands of Christians out of areas it has seized from state control. Thugs in Egypt and Pakistan spent 2013 harassing Christian and minority Muslim groups with varying degrees of government acquiescence.

This satellite image released by Digital Globe via Amnesty International on December 5, 2013, shows an overhead view of Kwanliso 15, or Camp 15, taken on September 16, 2013. Agence France-Presse/Getty Images

In Asia, North Korea and China again rank as the most serious offenders as their governments persecute religious groups that might challenge single-party rule. Pyongyang regularly consigns believers to its gulag simply for being found in possession of religious literature. Beijing has accelerated its clampdown on Muslims in restive Xinjiang, in addition to its restrictions on religious practice among Tibetan Buddhists and its suppression of unsanctioned Christian groups.

And then there’s Europe. The recent conflict in Gaza has brought to the fore a disturbing strain of anti-Semitism, but State’s report shows this is nothing new. Anti-Semitic attacks already were on the rise in 2013 in France, and in a November survey 68% of Jews in Germany said they believed anti-Semitism had worsened over the past five years. In Britain the number was 66%.

Part of the problem is the decline in European governments’ capacity to enforce basic public order, which also leaves Muslims exposed to growing religious violence and all citizens vulnerable to crime. But secular European elites increasingly appear contemptuous of religion and indifferent to its protection, and they are allowing their hostility toward Israel to bleed into disdain for Judaism.

That leaves America. Thanks to its history as a refuge for religious nonconformists, Americans more than many others understand the importance of religious toleration for social order—and the importance of religion itself for social flourishing. That is precisely why the Obama Administration’s trespass against religious freedom in health care, which was mild in comparison to the troubles in the rest of the world, was so controversial and overturned by the Supreme Court.

Peaceful religious practice forms a bulwark against political tyranny and social disorder, and that bulwark is under attack. The State Department’s report highlights a crisis that is undermining global peace and stability, and deserves far more public attention.

via The Global Religion Crisis – WSJ.