Home » Christianity » Latest ‘Christian’ film, “The Shack” – blasted as not so Christian

Latest ‘Christian’ film, “The Shack” – blasted as not so Christian 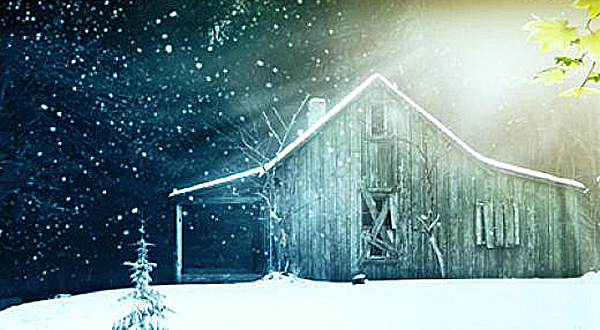 It’s a “Christian” book featured on numerous bestseller lists for more than 100 weeks – an unprecedented accomplishment in publishing history. Almost 10 years after publication, it remains one of the top selling books at Amazon.com and a bestseller in several categories.

And now “The Shack” has been turned into a movie premiering next month that will bring its message to a whole new audience.

But “The Shack” gives audiences false hope, telling them what they want to hear, say critics. And those who know the book and its theology contend it teaches heresy and is leading Christians astray.

De Young is a former longtime colleague of “The Shack” author Paul Young who challenges the mega-bestseller in his blockbuster exposé, “Burning Down The Shack.”

De Young asserts “The Shack” promotes a heretical idea of “universal reconciliation,” the concept that all people will be saved.

“The danger from all of this is to distort the gospel, to give people a false hope of being able to change their destiny after death and to distort the meaning of Christ’s death,” he told WND.

“Indeed, the need for Christ to die a sacrificial death for people’s sins is dissipated and eventually erased. But the greatest danger is that universal reconciliation redefines who God is by insisting that the attribute of God’s love trumps his other attributes of justice, holiness and righteousness. Love limits his other attributes. In so doing, some attributes are not fully expressed or perfect. In this way God ceases to be God. Instead we have a man-created, man-centered god.”

Indeed, De Young contends “The Shack” essentially tells Christians their feelings are more important than the Bible. Sadly, according to De Young, it is a message many believers want to hear.

“In the postmodern spirit of our age, the authority of the Bible takes second place to a personal sense of what to believe, who God is, or what God does or approves,” De Young said. “Each person comes to believe and do ‘what is right in his own eyes.’ Ignorance of the teaching of the Bible is widespread. The influence of liberal theology and a culture where entertainment, sport and wealth rule leave Christians heavily oppressed and weakened to withstand such an onslaught against the truth. People prefer what feels good rather than the truth which may hurt.”

Other critics have similar concerns.

“Although I have not seen ‘The Shack’ movie, I have read the book – and found it to be beyond disturbing for its thoroughly anti-biblical portrayal of God,” said Joseph Farah, founder of WND and the author of “The Restitution of All Things: Israel, Christians and the End of the Age.” “Of course, if you want to think of our Creator as Oprah, you’re welcome to do so, but you will be chagrined on Judgment Day. We don’t serve a do-your-own-thing God. We serve one who invites relationship and offers grace through repentance and eternal life, but He does have rules and demands obedience and accountability to them.

“I was invited to see the movie. I declined. I would rather spend the time reading the Word of God or even watching a movie like ‘I’m Not Ashamed’ or some biblical epic. I hope people will not be led astray by the heretical message of universalism – everyone goes to heaven, from Hitler to Stalin to serial rapists and murderers – that pervades the book.”

“No way on Earth this has anything to do with Christianity,” he said.

Jan Markell, founder and president of Olive Tree Ministries and an evangelist featured in the film “Trapped in Hitler’s Hell,” echoed Farah’s criticism.

“The missing art of evangelical discernment is one of the primary problems in the church today,” said Markell. “It suits society today to have a God who is non-judgmental and who suggests that all humanity is redeemed. But the spiritual wreckage that has come from this is shocking, and it is about to get a lot worse with the release of the film. Expect a tidal wave of confusion thanks to the ongoing nonsense propagated in both the book and film.”

Markell is especially concerned because of the greater power of film compared to books to communicate a dangerous message by playing on the audience’s emotions.
“Heart strings are pulled much more so in films than in books,” she warned. “Viewers will visibly see the agony on (main character) Mack’s face when he learns of his daughter. They will identify with him if they are going through a great trial. They will want this man to get some comfort from his emotional pain. Imagine your kid being raped and murdered. They will not care that he gets counsel and comfort from a woman who plays the role of God in this twisted novel that millions of Christians have bought into.

“For some reason many Christians give fiction or fantasy-fiction a pass. They should not with ‘The Shack.’ This twists the issue of salvation so that all can be saved in the end.”

DeYoung also believes the movie may do more damage to Christians than the already hugely influential book.

“The real danger of the movie ‘The Shack’ is that it portrays in a visual way the broad theology of the novel,” he said. “It imprints on the mind and memory more permanently and graphically the teaching of the book. And the teaching of the novel is a very subtle and submerged propagation of the ideas based in universal reconciliation.”

DeYoung said the “history of what Paul Young has written in the past, how the novel first openly articulated this universalism and was rewritten to hide it and make it palpable to most Christians is essential to understanding how this universalism can be recognized in the novel and movie.”

“It is also essential that a person becomes knowledgeable about the beliefs of universal reconciliation.”

In “Burning Down The Shack,” DeYoung provides detailed criticisms of the flawed theology contained within “The Shack.” He provided some especially egregious examples in an interview with WND.

According to De Young, the most unbiblical statements include (with God speaking):

Besides its universalism, De Young also condemns “The Shack” for having God say, “I don’t create institutions.” Marriage, the church and the government are described as the “man-created trinity of terrors that ravages the earth”

“In asserting this, Young takes on the mantle of a terrorist, anarchist and subverter of the home and marriage,” De Young said. “He is anti-church, anti-marriage and the home, and anti-American.”

Pastor Carl Gallups, author of several books including his latest, “When The Lion Roars,” believes the movie’s entertainment value will conceal the disturbing messages within it.

“As far as pure entertainment value, and serving as kindling for heated theological discussion starters, this movie will be hard to beat,” he told WND. “But the serious-minded Christian and almost every student of solid theology will be more than disappointed. So much in the book regarding the fundamentals of the Christian faith is severely inaccurate and could be dangerously misleading.”

Gallups sees “The Shack” as yet another attempt to water down the Christian message into a vague, “New Age” type of spiritualism.

“It distorts the biblical understanding of the Trinity, the divinity of Jesus, the clear gospel message of salvation, the absolute necessity of Jesus Christ for salvation and the biblical balance between God’s love and His holy judgment that is to come upon the world,” said Gallups. “Brought forward in the book version are the unmistakable teachings of universalism, New Age mysticism and elements of Eastern mystery religions.

“To quote the ‘Jesus’ figure in the book: ‘Those who love me come from every system that exists. They were Buddhists or Mormons, Baptists or Muslims, Democrats, Republicans and many who don’t vote or are not part of any Sunday morning or religious institutions.’ Then, the book’s character of Jesus declares, ‘I have no desire to make them Christian, but I do want to join them in their transformation into sons and daughters of my Papa [the book’s name for God], into my brothers and sisters, my Beloved.’

“Of course, the very definition of the word Christian means to be a follower of Christ. So the book has Jesus asserting that He doesn’t want to make anyone ‘followers of His,’ He just wants to make them all to be ‘brothers.’ This is the core message of universalism, but it’s not the message of the Word of God.”

De Young argues Christians need to turn to the Bible to truly understand their faith. Only then, he says, will they be able to recognize distortions and heretical teachings when they appear.

“Christians who have embraced the teaching of the cross for personal salvation should be jealous to protect the gospel from corruption,” he said. “They need to become informed more deeply with the teaching of the Bible, be willing to confront error where it appears no matter what the cost, and read both the questionable literature and the responses to it. They need to exercise critical thinking and deepen their relationship with, and their love for, God and our Lord. Jesus and the Apostles exhort us to contend for the faith.”
Read more at http://www.wnd.com/2017/02/latest-christian-film-blasted-as-not-so-christian/#JIykKumdYhhLmEyb.99

Source: Latest ‘Christian’ film blasted as not so Christian