No freedom from religion | TheHill 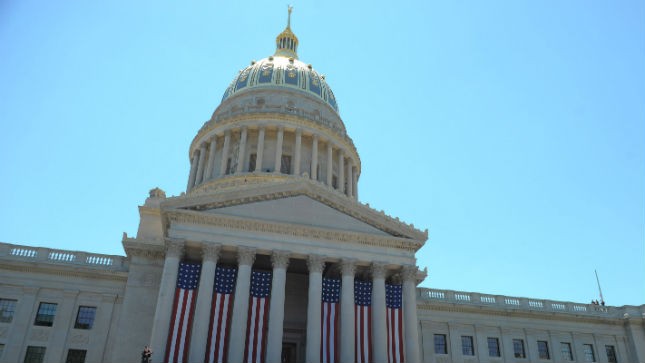 A Jew, a Muslim and a lesbian walk into a bar in West Virginia … no one gets served and the business doesn’t exist because here in the Mountain State our House of Delegates just passed a so-called state-level Religious Freedom Restoration Act. Proponents say it will protect religious freedom while opponents say it is a license to discriminate.

The act originally was created in 1993 to protect Native American religions from government encroachment, not to excuse rude behavior from homophobic business owners who don’t want to make a wedding cake for a gay couple. It has been perverted and twisted to excuse rude and dangerous behaviors of all types. For example, the bill could protect a Muslim shop owner who refused to serve a woman for not wearing appropriate head-covering under Sharia Law. It would excuse nurses from supplying emergency contraception to people who had been sexually assaulted. And it could also allow parents to let their children die of curable diseases in a time when religious discrimination on the job is growing.

The act “simply ensures that religious freedom gets a fair hearing in court,” said  Delegate John O’Neal (R), lead sponsor in the West Virginia Legislature. “RFRA laws are defensive against state actions, they do not intrude into the private sector employer/employee relationship.”

So this law, which exists in some form in several other states, would do nothing to protect workers and would require more court action, in an already underfunded West Virginia court system.

The problem is, so far, no court cases requiring protections as described by the bill’s sponsor have been presented in West Virginia in the past 20 years. Which begs the question, why create this law at all?

American commitment to the rule of law means every citizen is governed by the same laws, applied through a fair and equal judicial process to resolve disputes peacefully. Faithfulness to the rule of law allows us to live in a civil society in which everyone’s rights are respected, where each of us is guaranteed liberty and equality of opportunity.

But this bill only protects those citizens who have a “sincerely held belief.” Part of the test for this belief is the practice of religion that does not seem to follow the rule of law. So apparently, if you are not a practicing member of a religious group, you have no standing with the Religious Freedom Restoration Act. This bill creates a special class of American, and in the case of HB 4012, a special class of West Virginian. This special class may practice freedom of religion, but those who wish to have freedom from religion have no special protections.

The Golden Rule, love your neighbor as yourself, is found in almost all religions and human cultures and is how we maintain peaceful societies, treating each person with kindness and respect. West Virginia’s House Bill 4012 does not follow this basic principle, allowing people to treat others cruelly. This is not a religious protection, it is a violation of religious beliefs.

“RFRA is a shield for religious freedom not a sword,” said Delegate John O’Neal. But that shield has been used to bludgeon those in other states with similar laws. It also figured prominently in the Burwell v. Hobby Lobby Supreme Court case that challenged and determined that certain businesses were exempt from the contraceptive mandate found within the Affordable Care Act. A non-religious business, in this case a craft store, may have freedom of religion, but individual tax-paying citizens have no freedom from religion.

While the First Amendment protects freedom of religion,  Thomas Jefferson, called for a “wall separating church and state.” Additionally, in West Virginia no court case of religious discrimination has been proffered as an explanation for the need for this bill. Shouldn’t there be a reason to create legislative action above a fear of gay marriage and non-discrimination ordinances throughout the state? No one is significantly moved by the idea that granny might or might not have to make a flower arrangement when Bruce marries Steve. And what does that have to do with the practice of religion or religious freedom?

Something insidious has spread from U.S. Congress to the Legislature of West Virginia. House Bill 4012 calls itself religious freedom restoration but it has very little to do with the practice of religion. No limits have been placed on the practice of religion here in West Virginia. In West Virginia, you are able to attend any church of your choosing. Depending on the denomination, you can attend on Sunday mornings, Saturday afternoon or Wednesday night. You can listen to podcasts or visit religiously affiliated websites around the clock. You can read your Bible or hum gospel tunes anywhere.

This proposed law wants to appear as if it is a protective shield for persecuted religious folk. It doesn’t mention a specific religion because that is not really what it is about. This bill strives to make it OK to be mean to certain classes of people because you believe your religion tells you to and is a license to discriminate, hinging on something called “sincerely held belief.” Guess what, racism is a sincerely held belief and has been used by religious groups to justify the practice of slavery. So is homophobia. Any one of us could be harmed by this law. All it takes is a sincerely held belief by a person who practices a religion, unless West Virginia’s Legislature comes to its senses and vote no against this bill.

Source: No freedom from religion | TheHill

By broboinhawaii in Christianity, USA News, World Religions on February 21, 2016.
← Why Obamacare’s contraception mandate hurts minority religions (COMMENTARY) – Religion News Service MUST READ! Rush Blows the Lights Out in the Final Hour! What This Election Is Really About and What’s Really at Stake – The Rush Limbaugh Show →