Winnie The Pooh Day 2016: Quotes, Facts About The Holiday Celebrating Beloved A A Milne Children’s Character 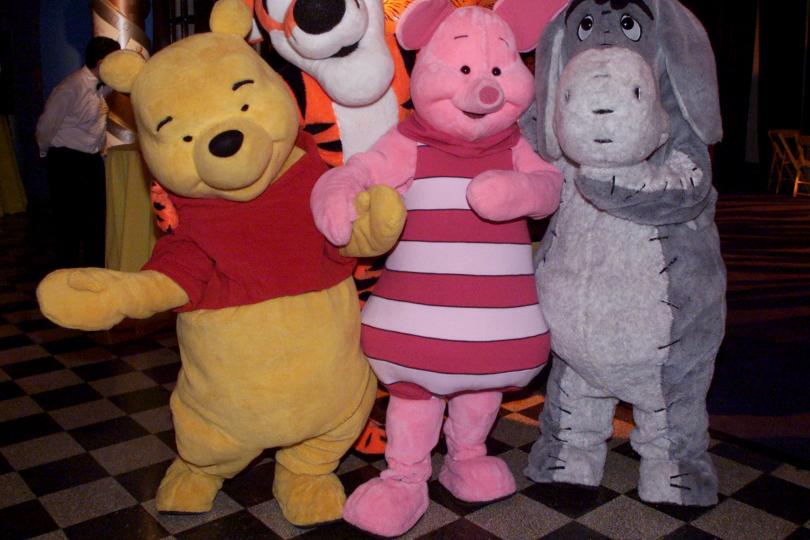 Monday is Winnie the Pooh Day, the official holiday celebrating the main character from the series of celebrated children’s books centered on a silly old bear and his friends. Whether you grew up reading the books Pooh comes from or you’ve never heard of the Hundred Acre Wood, Winnie the Pooh Day is a great time to indulge your imagination and get caught up with all things Winnie the Pooh.

Winnie the Pooh was originally a character created by author A. A. Milne in 1926. The anthropomorphic bear was based on a teddy bear given to Milne’s young son, whose name was Christopher. As a result, when writing his stories, Milne created the character, Christopher Robin, who was also a young boy. Milne also gave Pooh other animal friends, including Piglet, Eeyore, Tigger, Kanga, Roo, Rabbit and Owl, all of which were based on his son’s toys.

Walt Disney acquired the rights to Winnie the Pooh in 1961, the BBC reported at the time of Pooh’s 80th anniversary in 2005. Once the rights were owned by Disney, the company added the character of Gopher and subsequently created many movies and TV series based on the original stories. In more recent years, Disney has put out feature-length movies that include more modern stories, such as “The Tigger Movie” and “Pooh’s Heffalump Movie.”

To celebrate Winnie the Pooh Day, many libraries in the U.S. hold special readings of the original books or Winnie the Pooh-themed events every Jan. 18. The date was chosen because it is Milne’s birthday. Some people also like to commemorate the day by creating Winnie the Pooh artwork or simply watching their favorite Disney specials featuring the “Bear of Very Little Brain,” as Pooh is sometimes known.

If you’re looking for an extra special way to celebrate Winnie the Pooh Day, you could try visiting Pooh Corner in Hartfield, East Sussex, England, where the books were written. Now, visitors can take a tour of all the locations mentioned in the Winnie the Pooh books and buy “Pooh-phernalia,” according to Pooh Corner’s website.

The following are a number of sayings attributed to Winnie the Pooh that exemplify the spirit of the timeless, friendly imaginary bear:

“It’s always useful to know where a friend-and-relation is, whether you want him or whether you don’t.”

“We will be friends until forever, just you wait and see.”

“When you go after honey with a balloon, the great thing is not to let the bees know you’re coming.”

“Love is taking a few steps backward maybe even more…to give way to the happiness of the person you love.”

“Just because an animal is large, it doesn’t mean he doesn’t want kindness; however big Tigger seems to be, remember that he wants as much kindness as Roo.”

“People who don’t think probably don’t have brains; rather, they have grey fluff that’s blown into their heads by mistake.”

“I used to believe in forever; But forever’s too good to be true.”

“A day without a friend is like a pot without a single drop of honey left inside.“

“…if Bears were Bees, They’d build their nests at the bottom of trees…”

“If there ever comes a day when we can’t be together, keep me in your heart, I’ll stay there forever.”