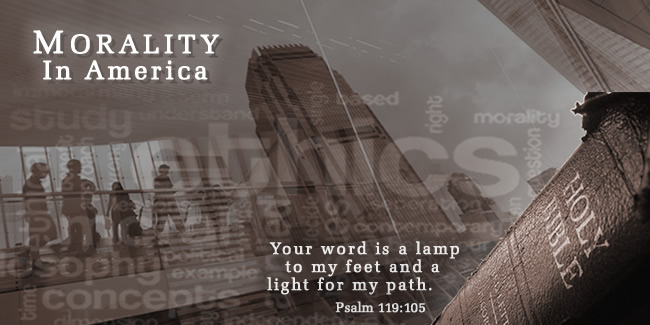 How reliable is media representation of religion in America?

Have you encountered the wildly successful science show, Myth Busters?  During the last decade, Jamie Hyneman and Adam Savage have used 56,500 yards of duct tape, devised over 840 explosions and tested such myths as whether or not your belly will explode if mixing Coke and Mentos.

It’s unfortunate the Myth Busters crew can’t apply their unique craft to the topic of Religion in America. Main stream media reports – almost daily – that the USA is rapidly moving away from faith to embrace a rationalistic secular culture. However, many take exception to that hazy representation and seek a closer look at the facts.

Gallup and Pew Research have both conducted valid studies on religion in America during the last decade. The results have been dutifully published, but interpreted and reported in vastly different manners. In response, professors from Baylor University’s Institute for Religion Studies in Waco, Texas, recently participated in a panel discussion focusing on how the “secularization myth” – the idea that religion is withering away and society is moving towards complete secularization – seeps into news reported to the public.

As an example, Byron Johnson, a professor of social sciences and the founding director of the Institute for Religion Studies, highlighted how the Pew Research finding that 44 percent of Americans have left the faith affiliation in which they were raised, was represented by the media.

“Although the Pew result is indicative of the fact that many Americans have converted to other congregations from which they grew up in, some news outlets reported that 44 percent of Americans have left their faith altogether. We see this is [sic] a measure of vitality and health, yet others are interpreting it is an abandoning of the faith … I think they read something into the data that wasn’t there or they misinterpreted the data.”

The 2014 Pew Research Religious Landscape Study is a follow-up to their equally extensive survey on religion in America conducted in 2007. The most recent findings released in May 2015 actually found a great deal of stability in the U.S. religious landscape, yet many media outlets reported only decreasing changes.

Taking a closer look, the decrease in religious beliefs and behaviors can largely be attributed to one group – the “none’s” which are defined as a growing minority, particularly in the Millennial generation, who say they do not belong to any organized faith.

Ironically, the “none’s” are not all nonbelievers. The majority of Americans without a religious affiliation also report they believe in God. Gallup, tracking the same demographic, found in the United States these young people have lower church attendance rates than older generations. Yet after that same population marries and has children, they are likely to return to church.

According to Jack Goldstone, professor of public policy at George Mason University, sociologists jumped the gun when the secularization myth originated saying the increased modernization would bring a growth of secularization and unbelief.

“That is not what we’re seeing, people want and need religion,” he said, adding,  “The world could see a growing divide between the religious and nonreligious, which could have implications for global economic development.”

Editors of Rethinking Secularism, a collection of essays from an interdisciplinary group of leading theorists, make this observation:

“Western society has insisted that modernization meant secularization and secularization meant the fading away of religion. Halls of education have divided the world into two opposing domains, and students have been trained to approach religion as private and the secular as public. Secular philosophers predicted as Western society modernized, religion would gradually lose its public place of significance, but as recent studies show it’s not happening.”

The American Media will report all topics straightforwardly and without bias