Kailua residents are getting ready to welcome the First Family back to Hawaii for the holidays.

The Miller family lives in Kailua.

Doug Miller says every holiday season “we see all of the preparations for the motorcade movements. Secret Service sets out right across from us.”

Preparations this year have already begun.

Miller told KHON2 he noticed Secret Service in the area Thursday, and received a flyer indicating the security zone for Kailua Bay and the canal next to his house.

It’s the same area the U.S. Coast Guard marks every year when the President is here. Boats and other vessels will not be allowed for a two-week period.

“We think it’s exciting. A lot of police and Secret Service presence of course in the neighborhood,” Miller said.

Residents like the Millers put up signs, trying to attract the president’s attention. Last holiday season, they finally did.

“He ended up inviting us, the whole family, to take a picture with him,” Miller said.

President Obama usually spends his time in Hawaii, going to the beach, playing golf, and grabbing his favorite island goodies.

“Last time he came here, he got watermelon, cherry and lilikoi,” said Richard Whaley of Island Snow in Kailua.

The Obamas stop by Island Snow in Kailua every year. Pictures of their visit plaster the walls. When the president arrives at the store, it is shut down, including the surrounding streets.

“With all the recent incidents, I would expect there to be a little bit more security, but at the same time, they’ve been doing this every year and Secret Service has it down,” Whaley said.

The Federal Aviation Administration has flight restrictions in the area, which is what happens when Air Force One arrives and departs. 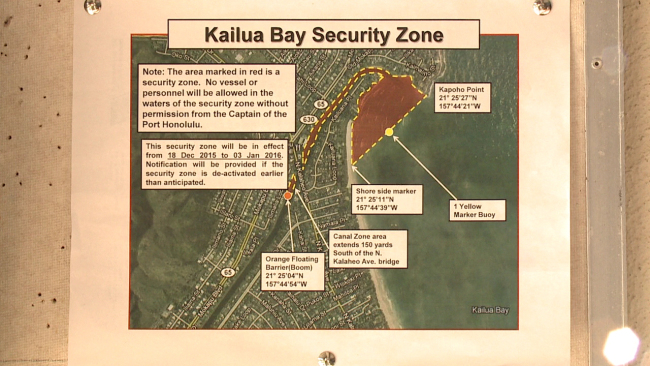 By broboinhawaii in USA News on December 11, 2015.
← Report: Most Gun Control Policies Ineffective at Preventing Gun Crime – Washington Free Beacon The latest social science is wrong. Religion is good for families and kids. – The Washington Post →