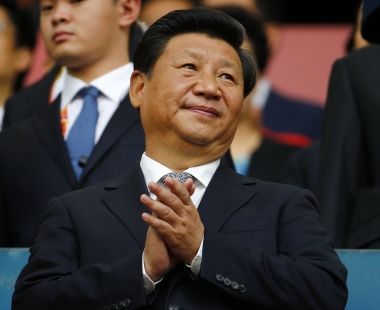 State control of faith groups in China is to be tightened even further, a Chinese priest has warned, following the assertion in a national newspaper that President Xi Jinping is “serious” about religion.

Speaking to ucanews.com, a priest who identified himself as Father Peter said of the Chinese Communist Party’s (CPC) interference with faith groups, “It’s obvious that control on religions is to be tightened.”

“It was theory and slogans in the past,” he added. “Now it becomes a real game to play.”

According to ucanews, an article in China’s official newspaper on religious issues, Zhongguo Mingzu Bao, alluded to a further crackdown on churches, clergy and dioceses in the country.

The news follows two years of increasingly strict regulations being placed on Christian groups in China, particularly in Zhejiang province in the east of the country, where up to 1,700 churches have had their crosses removed or been demolished.

Campaigners say the CPC is becoming progressively more suspicious of the influence of Christianity, which is experiencing significant growth in China. Reports suggest that up to 10,000 people are becoming Christians every day and while there were just one million believers when Mao’s Communist party came to power in 1949, there are now thought to be as many as 100 million. By 2030, one expert has estimated that China will be home to more Christians than any other country in the world.

China last year announced plans to introduce its own brand of national theology and in May 2015, Xi called for a curbing of outside influences. “We must manage religious affairs in accordance with the law and adhere to the principle of independence to run religious groups on our own accord,” he said at a top-level CPC meeting. “Active efforts should be made to incorporate religions into socialist society.”

A report released this week by the US Congressional-Executive Committee on China criticised the state of religious freedom in the country.

The Commission on China said it saw “a disturbing deterioration in human rights and rule of law conditions that pose a direct challenge to US national interests and US-China relations”.

Foreign Ministry spokeswoman Hua Chunying told a regular briefing that US officials and the American public must be more objective.

“This report has nothing new, embraces a persistent bias in order to make irresponsible remarks about China’s domestic affairs, and makes criticisms that don’t accord with the facts,” Hua said.

“China’s 1.3 billion people have the greatest authority to pass judgment.”

The US commission said China was moving further away from a rule of law system and had increased pressure on civil society. It also criticised Beijing’s treatment of ethnic minorities.

“President Xi has presided over an extraordinary assault on the rule of law and civil society”, US Representative Chris Smith, the committee chairman, said in an emailed statement. Florida senator and Republican presidential candidate Marco Rubio co-chairs the committee.

Activists say that under Xi, China is conducting its most intense crackdown on human rights in two decades.

Nearly 1,000 rights activists were detained last year – almost as many as in the previous two years combined, according to Chinese Human Rights Defenders, a coalition of Chinese and international activist groups.

China has long argued that it is unfairly singled out for criticism of its rights record and says other governments should examine their own records before making accusations.

By broboinhawaii in Christianity, World News on October 10, 2015.
← If Russia can save Syria, it can save Christianity – English pravda.ru GOP Candidates Count on Religion to Convince Voters – US News →