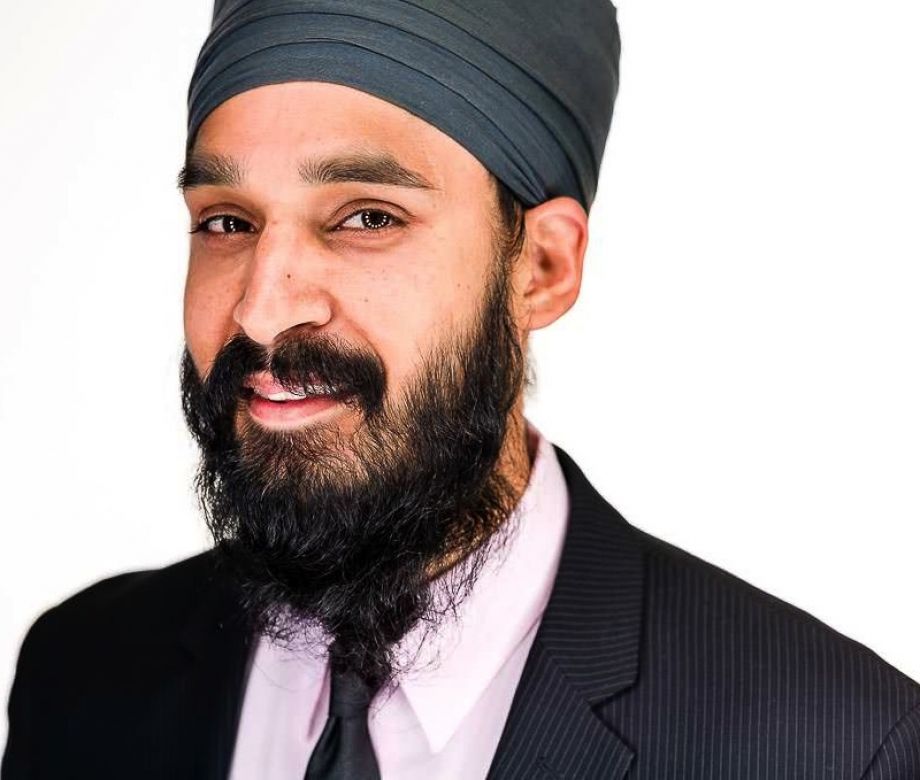 On Sept.25, I attended the interfaith service hosted by Pope Francis at the 9/11 Memorial in New York City. It was an intimate gathering of about 200 faith leaders from various religious traditions.

I was invited because of my involvement in the interfaith space, and it was a joy to be among friends who share similar views on the power of faith to make positive change.

I had the honor of sitting front and center because my wife, Dr. Gunisha Kaur, and her father had a special role at the service. The two of them were selected as the two Sikh representatives, and therefore they both sat onstage alongside the 10 other faith leaders — including Pope Francis.

Moments like these remain for a lifetime. Although we are not Catholic, my wife and I deeply admire Pope Francis for his social message and his humble actions. He preaches a model of religion that brings together the political and the spiritual — and he practices what he preaches.

We identify with his message because, as Sikhs, we also believe that the true power of religion is its ability to transform one’s spirit and to transform the world into a more just place.

After religious leaders offered prayers of peace, hope and renewal, Pope Francis spoke about our shared experiences and our collective identity as people of faith. He emphasized that the best of religion comes when we use it as a force to bring people together and that religion is at its worst when we use it to exclude and divide.

He spoke about how love and faith can serve to overcome trauma and heal pain, a message that was especially poignant given that we were all gathered at ground zero, the very site where terrorism and murder was committed in the name of religion.

What’s refreshing about Pope Francis is that his faith compels him to serve those around him and to address the greatest challenges facing our world. He takes on issues such as climate change and immigration in a way that even our politicians have not. He gives his heart to addressing poverty and the socially disenfranchised — to the point where he cancels his lunch with world leaders to dine with the homeless.

Pope Francis is the people’s pope, and he has quickly becomes a paragon for all people of faith. He is modeling for the world what religion can be at its best: a force that can bring more good to our world than anything else. I feel privileged to have been a witness to his service, and I will always cherish my memory of what it felt like to be in his presence.

More than anything, though, I will continue to use Pope Francis as a role model for how I would like to live my life as a person of faith — with a quiet humility, commitment to justice, and a youthful spirit that draws energy from serving those who need it most.

Source: Pope Francis showed the world what religion can be at its best – San Antonio Express-News