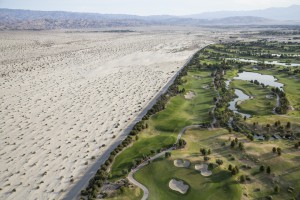 Seattle Scientists has been at odds with many other scientists, by stating that the giant blob of warm water is responsible for the dry conditions in California, a snowstorm in New England, etc. Nick Bond, a climate scientist from the University of Washington coined the term “The Blob” to describe a giant blob of water that has a higher temperature than its surroundings.

The researchers aren’t convinced global warming is to blame, which puts them at odds with other experts who suspect Arctic melting upset the “polar vortex” and contributed to the misery on the East Coast the past two winters.

University of Washington climate scientist Nick Bond coined the term “The Blob” to describe the pool of water, up to 7 degrees Fahrenheit hotter than usual, that blossomed offshore in the fall of 2013. It’s still there, hundreds of miles wide and stretching from Alaska to Mexico.

Average temperatures are now about 3.6 degrees above normal, and climate models predict the anomaly will persist through the end of the year.In a paper published in Geophysical Research Letters, Bond and his colleagues conclude that the blob has disrupted the marine ecosystem in multiple ways, triggering an influx of sunfish and other tropical species, lowering nutrient levels and contributing to the mass starvation of seabirds called Cassin’s auklets off Washington and Oregon this winter.

“For a lot of critters it turns out to be bad news,” Bond said. “Warm water is not as favorable for many organisms.”

In February 2014, the temperature spikes were the most extreme in at least 30 years, and possibly in more than a century. The researchers found that the presence of the blob also influenced Northwest weather by warming and humidifying onshore flows, which contributed to last year’s muggy summer and thunderstorms that sparked the biggest wildfire in state history.

This winter’s meager snowfall is also partly attributable to the blob, Bond said.

‘The Blob’ might be responsible for the destabilization of the climate | The Market Business.