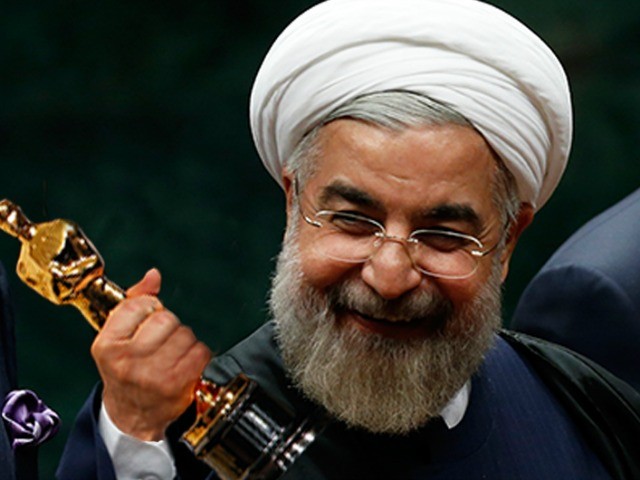 Israel’s Ambassador to the United Nations Ron Prosor gave his own version of the Academy Awards during a UN session in New York this week. The “Oscars for Maintenance of International Peace and Security” mockingly awarded Iran, Hezbollah, Saudi Arabia, and the Palestinians with Oscars in its very own special categories.

In a move that might be seen as a response to Iran being the single largest state sponsor of terrorism in the world and its decision to twice host an international Holocaust denial cartoon contest, Israel awarded Iran the Oscar for Best Actor. According to The Jerusalem Post, Iran received the award “for acting like a peace-loving country while developing nuclear capabilities, denying the Holocaust, and threatening the destruction of another member state.”

The award for Best Supporting Actor reportedly went to Hezbollah “for its unrelenting support to the Assad Regime in killing hundreds of thousands civilians.” Iran is directly supporting Hezbollah.

Next in line was the mock Oscar for Best Visual Effects, which was awarded to Saudi Arabia “for making women disappear from the public sphere.”

And last, but not least, the Post reports, the fake Oscar for Best Editing went to the Palestinian people for rewriting history. Prosor then made an addendum to this award to the Palestinians. “But the truth is, the Palestinian Authority already received enough prizes from this institution,” Prosor said, referring to the United Nation’s bias in favor of the Palestinians. Israel is often held to a much higher standard than any other country in the world.

By broboinhawaii in World News on March 2, 2015.
← More Bad News for Alarmists: Polar Bears Doing Just Fine – Breitbart Why I’m Coming Out as a Christian – The Daily Beast →