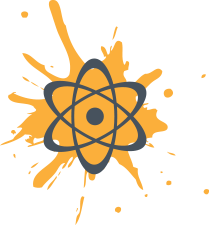 Well-educated religious people are just as scientifically literate as their more secular counterparts — yet most still overwhelmingly reject theories of human evolution and the Big Bang, new researchfinds.

These well-educated believers have positive views of science, in general, and understand the scientific method, but selectively reject certain theories that conflict with their religious beliefs, said study lead author Timothy O’Brien, a sociologist at the University of Evansville in Indiana.

Despite near-complete consensus among scientists, about half of Americans reject the notion that humans evolved from earlier primates and about four in 10 believe the Earth is less than 10,000 years old. Those who are more religious are likelier to reject the Big Bang and evolution, surveys have repeatedly found.

To understand this trend, O’Brien and his colleague Shiri Noy, a sociologist at the University of Wyoming, used data from the General Social Survey, a set of questions asked in 2006, 2008 and 2010 to test people’s attitudes toward and knowledge of science. One question asks whether it’s true that the father’s genes determine a baby’s gender, while another asks people whether they agree that science that advances the frontiers of knowledge is necessary.

Overall, however, post-secular respondents viewed science positively. The findings suggest that simply educating the public is unlikely to drive greater acceptance of these theories, O’Brien said.

“The difference between the post-secular and the modern group is not a matter of a knowledge deficit,” O’Brien said. The post-secular people “understand genetics and experimental methods and statistics,” he said.

Many of the post-secular people say they support science, but see evolution and the Big Bang theory as corrupted science, O’Brien said.

The findings are generally consistent with results from past surveys, said John Evans, a sociologist at the University of California, San Diego, who studies the relationship between religion and science.

One reason the educated religious may be skeptical is that they think scientists are overstepping the bounds of purely naturalistic explanation. Instead, the theories seem to address philosophical questions, such as why humans are here and what the purpose of the universe is, said Evans, who was not involved in the study.

“Scientists like to portray what they’re doing as making fact claims about the natural world,” Evans told Live Science. “I think that the public doesn’t view that quite so cleanly. They see scientists as making moral or meaning claims about the world at the same time.”

The findings were published today (Jan. 29) in the journal American Sociological Review.

By broboinhawaii in Christianity, Science, USA News on February 2, 2015.
← Climate change leading to rise of Iceland, which could be behind uptick in volcanic activity | South China Morning Post Mercury levels in Hawaiian yellowfin tuna increasing →