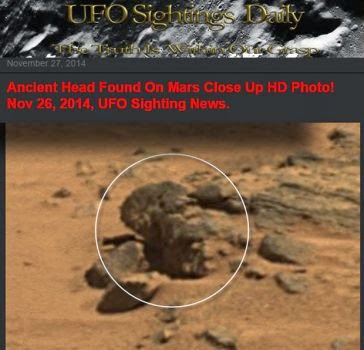 On Monday, the elite team of Islam experts at Fox News released a map from the Clarion Project identifying at least eight U.S. states that have been toppled by Muslim regimes — the latest casualties in the alarming rise of “no-go zones.” These enclaves, which until now had plagued only isolated cities across the United Kingdom and France, appear to be spreading. Conservative lawmakers and foreign policy analysts warn that Muslim-controlled no-go zones will continue to infect societies like a global contagion if serious measures are not taken to contain the outbreak. Others say we’re already too late. With the release of a new photo transmitted by NASA’s Curiosity Rover — showing the silhouette of a man tinkering with the spacecraft, which is stationed on Mars — anti-terrorism authorities at Fox News believe the crisis has reached galactic proportions.

Steven Emerson, a pundit who covers issues of national security and Islamic extremism, first broke the story of no-go zones in Europe on January 10 during Fox News’ “Justice with Judge Jeanine.” This Tuesday, he reportedly updated U.S. officials on the Muslim threat, saying it has surpassed terrestrial levels — a claim supported by Dr. Nehemiah Goodman, a theological scientist in charge of biblically compatible space exploration programs for the Galatronics division of Yoyodyne.

“People are ratcheting up for a worldwide conquest by jihadists and arbiters of Shari’a law, but that’s already happened,” said Goodman. “The problem is no longer intercontinental, it’s interplanetary.”

His dire statements referenced a series of images captured by the Mars rover that, according to researchers at UFO Sightings Daily, validate the presence of humanoid civilizations on the Red Planet. The most recent photo clearly depicts the shadow of a man, wearing an oxygen tank, who is attempting to remove or replace a mechanical part on the side of NASA’s vessel. Other photos taken from Curiosity show coffins, animals and even a statue of President Obama, which Dr. Goodman cited as proof of an Islamic occupation.

Republican-backed astronomers, Goodman explained, have long worried about the possibility of terrorists taking over a nearby planet, with Mars being the most suitable for human habitation. “Now that proof exists,” he cautioned, “we must do everything we can to prevent terrorists from gaining the upper hand with this strategically positioned no-go world.”

European no-go zones — the most famous being the British city of Birmingham and over 700 towns across France, by Steven Emerson’s estimates — continue to flourish. Outside police are forbidden to enter. The severe limitations imposed on civil liberties by Shari’a law, along with its inherent human rights violations, have replaced constitutional freedoms and protections. Armed jihadists patrol the enclaves to enforce the draconian practices. And Fox News now has discovered Muslim enclaves in California, Texas, Michigan, New York, Virginia, Tennessee, South Carolina and Georgia.

“Republicans saw the writing on the wall six years ago,” Dr. Goodman noted. “Writing that’s made up of strange calligraphy and reads from right to left. Writing in the president’s native language — a lexicon of terror.”

“And that perspective is the medieval institution of Shari’a law,” Goodman exclaimed. “Why are the president’s closest people showering this odious man with accolades and calling him an example? King Abdullah, I mean, not Joe Biden. It’s because they’re all soldiers in Obama’s secret Muslim army. And now that the Mars thing’s been exposed, they’re making their move.”

Goodman asserts that Islamic militants commandeered the Space Shuttle Challenger in 1986, faked its explosion, and flew to Mars for a Muslim colonization project. That same year, Barack Obama was a community organizer in Chicago. He attended training offered by the Industrial Areas Foundation (IAF), funded by the Archdiocese.

“The Catholic archdiocese of Chicago contributed to the training of Obama in the very Alinskyite radicalism that would culminate in such anti-religious measures as the HHS mandate,” wrote Phyllis Schlafly and George Neumayr in their book “No Higher Power.” Obama, a secretive Muslim mastermind, persuaded the Catholic Church to finance his agenda to destroy religious freedom, according to insiders whom the authors interviewed.

“And that’s why the Curiosity Rover photos show a statue of Obama on the surface of Mars,” Goodman said. “He made all of it possible. He is their King Abdullah. And he’s still pulling the strings attached to his international puppets — people like David Cameron and François Hollande.”

And that threat, Goodman and others realize, is going to come in the form of an invasion from Mars — a close encounter of the Qiyāmah kind.