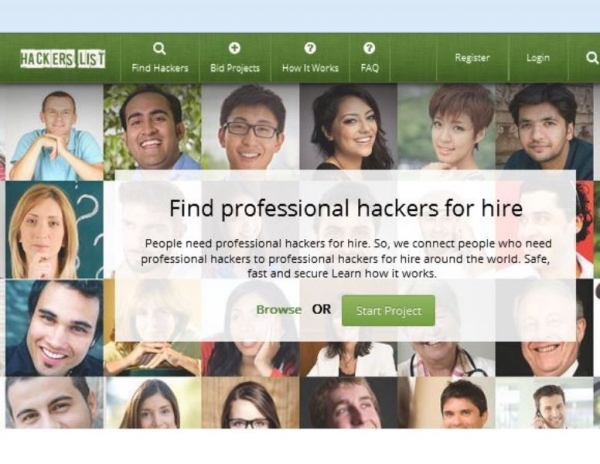 At a time when governments and intelligence agencies are curbing illegal online activities and spending millions in acquiring high-tech security devices, a group of individuals thought about launching a website that claims to offer “ethical hacking” services.

The new site Hacker’s List has only been operating for less than three months yet has been flooded with over 500 hacking jobs that are waiting for a successful bidder.

Just like any other freelancing sites, Hacker’s List collects a fee on an offered project. Customer’s payment is held in escrow and will be released once the project is completed.

However, compared to popular freelancing sites such as Odesk and Elance where both the bidder and buyer need to build a credible profile, the identities of those involved in a project at Hacker’s List are kept anonymous. Nobody knows who they are working with and if the person doing the job is a “legitimate” hacker.

The site, which is registered in New Zealand, contains a 10-page terms and conditions section. The most important message it conveys is that users are not allowed to “use the service for any illegal purposes.”

Hacking jobs that are offered on the site have prices that range from $100 to $5,000. The hackers’ hourly rates would go between $28 and $300. One woman who hails from California is offering $500 to anyone who can successfully hack into the Gmail and Facebook accounts of her boyfriend under the suspicion that he’s cheating on her. A man from Sweden is willing to pay as much as $2,000 to anyone who can gain access to his landlord’s website.

The job offers vary and can go from breaking into Gmail accounts and business mailboxes to bringing down websites in order to seek revenge.

Interestingly, many tasks are geared toward the education sector: customers are desperate to find hackers who can break into school systems and change grades.

Other job listings include retrieving lost passwords, gathering client lists from competitors, and de-indexing photos and pages from search engines.

It remains to be seen how Hacker’s List can become a successful freelance hacking site without gaining liability for breaking anti-hacking laws. As novel as the site currently is, it’s difficult to say if it violates any laws.

Thomas G.A. Brown, former chief of the computer and intellectual property crime unit of the U.S. Attorney’s Office in Manhattan, said that websites on the “hacker-for-hire” niche posed problems.

“Hackers for hire can permit non-technical individuals to launch cyber attacks with a degree of deniability, lowering the barriers to entry for online crime,” said Brown.

via Want to Hire a Hacker? Find One on Hacker’s List : PERSONAL TECH : Tech Times.