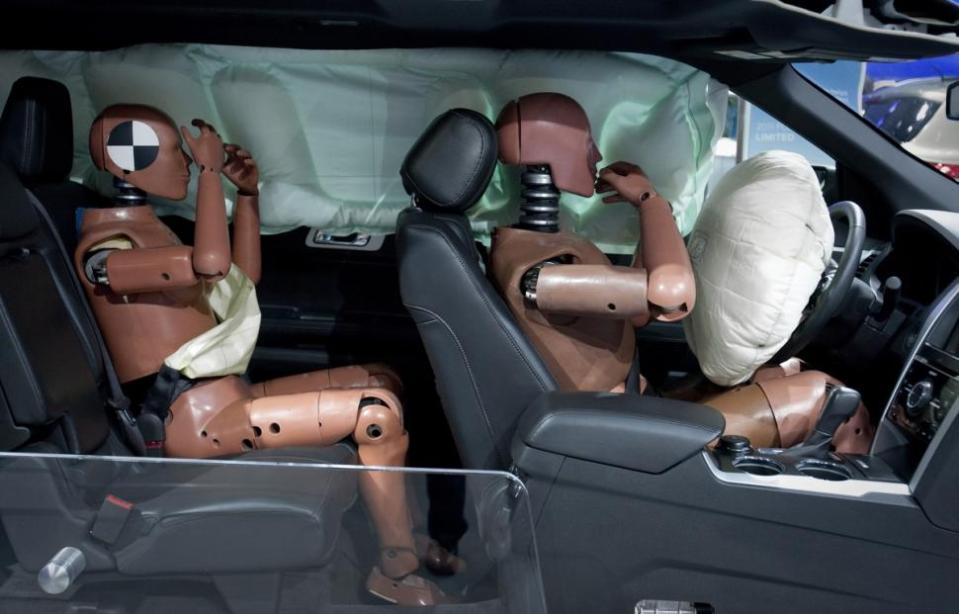 As Americans keep getting fatter, so, too, are crash test dummies.

The robotic-like devices are swelling from an average 167-pound dummy to a staggering 270-pound fake man.

“Studies show that obese drivers are 78% more likely to die in a car crash,” said Chris O’Connor, the head of Humanetics , the sole manufacturer of U.S. dummies, WRTV reported.

The new models will have a body mass index of 35, which is considered morbidly obese.

“An obese person has more mass around (the) midsection and a larger rear which pushes them out of position” for seat belts, he explained.

By broboinhawaii in Uncategorized on November 2, 2014.
← Cute chick rover: A new way to spy on shy penguins – The Daily Progress: Wire Brittany Maynard case spotlights crucial conversation of how we want to die | PBS NewsHour →