Home » USA News » National Guardsman’s Trip to Walmart With His Family Turns Into Potentially Deadly Nightmare — Then His Training Kicked In | TheBlaze.com

National Guardsman’s Trip to Walmart With His Family Turns Into Potentially Deadly Nightmare — Then His Training Kicked In | TheBlaze.com 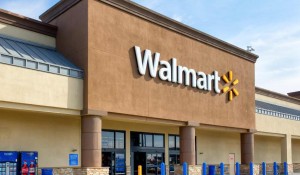 Earlier this year, 2nd Lt. Joshua Nelson found himself caught in the middle of a potential life-and-death situation during a routine trip to a Del Rio, Texas, Walmart with his wife and kids. The family was just gathering some items for a trip to the lake when a woman’s distressed screams derailed the otherwise peaceful night.

Nelson said he quickly located the horrified woman and saw a “pretty large man” holding a big fish fillet knife to her stomach.

Nelson, a West Virginia Air National Guardsman, told TheBlaze he has a concealed carry permit and carries his firearm everywhere he can while he’s off base. His wife also carries.

2nd Lt. Joshua Nelson poses for a portrait at the 47th Flying Training Wing headquarters on Oct. 23, 2014. Nelson was credited for stopping a potential murder, then stopping a potential suicide, during a trip to Walmart.(U.S. Air Force photo by Staff Sgt. Steven R. Doty)

2nd Lt. Joshua Nelson poses for a portrait at the 47th Flying Training Wing headquarters on Oct. 23, 2014. Nelson was credited for stopping a potential murder, then stopping a potential suicide, during a trip to Walmart.(U.S. Air Force photo by Staff Sgt. Steven R. Doty)

“Before I even walked over, I told my wife to go to the front of the store with the kids and call the police,” he said, explaining that his first concern was the safety of his family

Nelson said he then carefully approached the knife-wielding man and “thought real hard about drawing my gun.” He ultimately decided to keep a hand on his firearm and let the assailant know he was armed rather than drawing out of fear that he might cut the woman in a panic.

“I didn’t have to draw,” he told TheBlaze. “He knew I was armed and at that point, he became a little more cooperative. I was pretty forceful in demanding him to put the knife down.”

But the attacker ended up turning the knife on himself and threatened to attempt suicide. Nelson proceeded to talk the suspect down, telling him that it “wasn’t worth it” and that he would assist him in getting some help.

Finally, Nelson said the man complied with his order to drop the knife and kick it towards him. At that point, he said the suspect started to run away, but again followed orders when the armed lieutenant told him to “stop” and “sit down.”

Nelson said he mostly “relied on all of the training I’ve had.”

Police eventually responded to the scene and put the suspect in handcuffs. Nelson said he later discovered that the woman he was threatening was his own mother. He turned the knife on his mom when she refused to buy him a gun, according to a copy of the police report obtained by TheBlaze.

Nelson had nothing but good things to say about the way officers with the Del Rio Police Department handled the situation. He said the officers commended him for his handling of the situation — and because he never brandished or fired his weapon, officers said “no thanks” when he asked if they wanted to see his legal concealed carry permit.

“The number one reason I carry is to protect my family. It’s a God-given, constitutional right that I fully, 100 percent stand behind,” Nelson told TheBlaze. “Secondly, I love my fellow Americans, and if I’m in a position to help one of them, obviously, I want to do that.”

“I immediately felt responsible for that lady’s life,” he added. “If I’m in a position to help someone and I don’t, I would feel just as bad as the guy who does wrong.”

What is bothersome, he explained, is the fact that there are tons of stories about responsible armed citizens that never get reported by most of the media. He may have a point — this incident has barely been reported and it occurred back in April.

“They never let us tell our side of the story,” Nelson said. “We hope that some good can come out of our story and let people know what is really going on.”

Laughlin Air Force Base notes that Nelson, a Liberty University graduate, has “gone from working in coal mines, to the Marine Corp, back to the mines, and today, when he’s not refining his flying skills, he serves in the West Virginia legislature as a delegate.”

National Guardsman’s Trip to Walmart With His Family Turns Into Potentially Deadly Nightmare — Then His Training Kicked In | TheBlaze.com.

By broboinhawaii in USA News on October 25, 2014.
← Forget a good crunch – this apple has a built-in FIZZ: Experts create sparkling fruit that bubbles when it’s bitten into | Daily Mail Online Stunning Revelations About Bible-Believers Should ‘Send Shockwaves’ Through Christian Leadership, Author Says | TheBlaze.com →