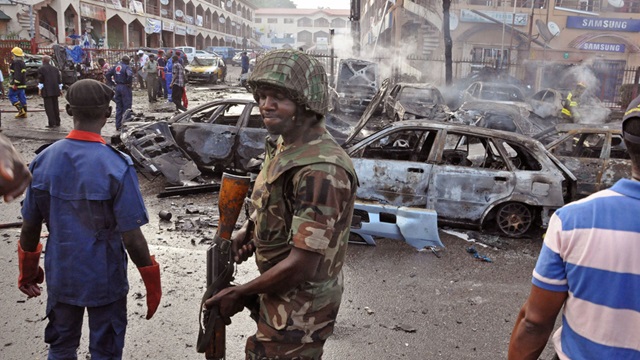 In recent weeks, Boko Haram, the Sunni terrorist group in northern Nigeria, has doubled down in its ongoing killing spree, taking the lives of Christians by the hundreds and also declaring an Islamic caliphate in the region, local church leaders report.

In April, the group’s kidnapping of 276 girls, mostly Christians, from a school in Chibok drew global outrage. But 219 of those girls are still missing as are hundreds of other abducted children. The group has killed at least 2,000 Nigerians in the first six months of this year, according to Nigerian officials. In total, 650,000 people fled northern Nigeria to escape violence. Some 1,600 Nigerian Christians have died at the hands of Boko Haram and other groups, according to the Jubilee Campaign.

This week, at the six-month anniversary of the Chibok kidnappings, rallies have been held in Nigeria, the U.S., and other nations to press Nigeria’s government to do more to rescue the kidnapped girls and suppress Boko Haram.

A leading Nigerian evangelical, Samuel Kunhiyop, author of African Christian Ethics,serves as general secretary of Evangelical Church Winning All (ECWA), a 5-million-member denomination in Nigeria. ECWA has been doing frontline evangelism in Nigeria since 1954. In recent years, this group has planted hundreds of congregations in Muslim areas of Nigeria. Kunhiyop spoke with Timothy C. Morgan, CT’s senior editor for global journalism.

via How Boko Haram’s Murders and Kidnappings Are Changing Nigeria’s Churches | Christianity Today.