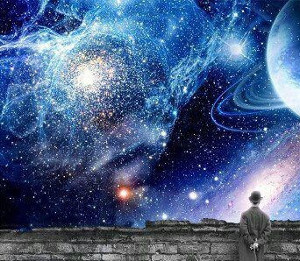 “Immortality formulas” are often our biggest motivators in our life endeavors. There are similar concepts that philosophers, theologians, and transhumanists have pushed forward. All of which support different means of enhancing ourselves as a way of life. The core of transhumanist values seem to view death as a disease to be overcome, and that science will produce the means to conquer it.

“Each person thinks that he has the formula for triumphing over life’s limitations… and he usually tries to win a following for his particular patent. Today we know that people try so hard to win converts for their point of view because it is more than merely an outlook on life: it is an immortality formula.” ― Ernest Becker, The Denial of Death

Other philosophical and religious realms of thought have offered their own version of solace towards death. For example, Christianity offers salvation and an eternal afterlife in heaven. Other religions have articulated their own heavens, interpretations of God, reincarnations…etc. However, despite these hopeful solutions, they overlook that we still have to face death before any of these consolations can be experienced.

Existentialism also tackled the impending threat of death. Some of its philosophers believing life was utterly meaningless, and some advocating how to find temporary meaning using the fear of death as a motivation. In effect, numerous philosophies and religions all seem acutely aware that death needs a solution.

How can we draw on parallel ideas from these older philosophies to build momentum for the growing visions of eradicating death? My goal is to encompass pieces of existential, religious, and transhumanist views to highlight how we might mould our attitudes about this issue in the future. Moreover, I want to stress how to we might enrich our perspective of the future overall by embracing a present mindset, and how religious thinking hinders our progress towards this objective.

If transhumanism claims to have the capacity to overcome death and achieve immortality as a means to enhance the human condition, I have a number of concerns with the way in which such ambitious goals are presented. While I very much agree and support the definition of transhumanism being, “an intellectual and cultural movement supporting the use of science and technology to improve human mental and physical characteristics and capacities” (definition from IEET.org), there tend to be more troubling terms that become associated with transhumanist aims. If “all transhumanism tries to do is extend life” (Santamaria, 2011), then that is what should be emphasized rather than appealing to descriptions like achieving a, “digital immortality because brains and a person’s intelligence will be digitally stored forever, even after they die” (Wollaston, 2013).

via Transhumanism – Considering Ideas From Existentialism and Religion.

By broboinhawaii in World Religions on September 18, 2014.
← Religion does not poison everything – everything poisons religion » The Spectator Southern Baptists’ expulsion of LGBT-affirming church serves as a warning | On Faith & Culture →