Home » Science » The martyrdom of Mark Steyn » The Spectator

The martyrdom of Mark Steyn » The Spectator 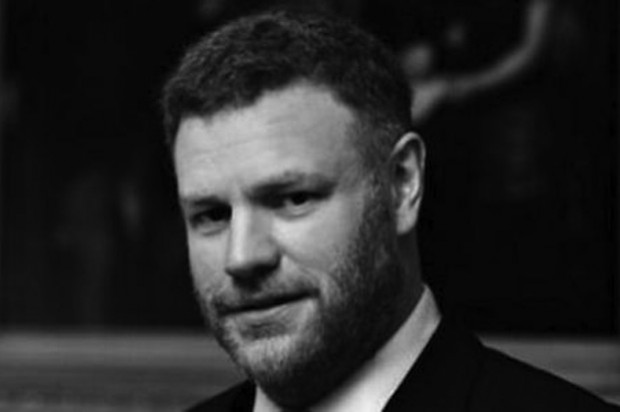 When I first read, many months ago, that the notorious US climate scientist Michael Mann was suing the notorious right-wing bastard Mark Steyn for defamation, I admit that I felt a little piqued.

Obviously a libel trial is not something any sane person would wish to court; and naturally I’m a massive fan of Steyn’s. Nevertheless, after all the work I’ve dedicated over the years to goading Mann, I found it a bit bloody annoying that Steyn — a relative latecomer to the climate change debate — should have been the one who ended up stealing all my courtroom glory.

What made me doubly jealous was that this was a case Steyn was guaranteed to win. In the unlikely event it came to court — which I didn’t think it would, given Mann’s longstanding aversion to any form of public disclosure regarding his academic research — the case would fall down on the fact that defamation is so hard to prove in the US, especially when it involves publicly funded semi-celebrities who are expected to take this sort of thing on the chin.

Since then, though, much has changed. It now looks — go to Steynonline.com for the full story — as if Steyn is going to be up there on his own, fighting and financing his case without the support of his magazine, National Review; that the outcome is not as certain as it seemed at the beginning; and that this hero deserves all the help we can give him.

Why? Well, the fact that I even have to explain this shows what a cowardly, snivelling, career-safe, intellectually feeble, morally compromised age we inhabit. By rights, Mann v Steyn should be the 21st-century equivalent of the Scopes monkey trial, with believers in free speech, proponents of the scientific method and sympathetic millionaires and billionaires all piling in to Steyn’s defence with op eds, learned papers, and lavish funds to buy the hottest of hotshot lawyers.

Instead, what do I read? Crap like, ‘Steyn’s out of order: he shouldn’t have been so rude about the judge who mishandled the initial hearing.’ (OK, maybe he shouldn’t — but what are you supposed to say about judges who mishandle your case? ‘Nice job, ma’am’?) Crap like, ‘And he’s going to take the National Review down with him.’ (No he isn’t. That’s what libel insurance is for.) Crap like, ‘Well, he shouldn’t have used such-and-such a word or written that polemic in quite so inflammatory and offensive a way.’ (Yes that’s right. Polemics should be cautious, dry, legalistic, tame. Otherwise people might read them and have their minds changed.)

So let’s just cut through that crap and remind ourselves briefly what we know about the plaintiff. Michael Mann was an obscure young physicist-turned-climatologist who rose without trace in 1998 with the publication in Nature of his ‘hockey stick’ chart showing dramatic and apparently unprecedented late-20th-century global warming.

There followed almost instant fame, on which Mann has traded ever since — gaining tenure at Penn State University, drawing millions in public funding for research, often called on by the Guardian and the New York Times to sum up the state of climate science. Al Gore used a version of Mann’s hockey stick in his Oscar-winning An Inconvenient Truth. The IPCC used it five times in its Third Assessment Report and promoted Mann to lead author.

But the hockey stick, on which Mann’s reputation largely rests, was and is a nonsense. It obliterates the medieval warm period; it is unduly reliant on proxy data — bristlecone pine samples — which are known to be unreliable; it is dependent on a flawed algorithm which, according to every statistical authority who has ever looked at the subject, creates the same hockey-stick data almost regardless of the information you feed into it.

Surely if you’re going to sue someone for defamation, this must involve an examination of the reputation said to be worth defending. What would this say about Mann, onlie begetter of arguably the most comprehensively discredited artefact in recent climate science history?

And if Mann’s scientific reputation really matters to him so much, maybe he ought first to do a bit of reading on how world-class scientists actually behave. He could do worse than read Paul Johnson’s account in Modern Times of how Einstein proposed his general theory of relativity. Einstein insisted that before his claims were taken seriously, they must first be verified by empirical observation, in the form of three specific tests. Of the final one — the red shift — Einstein wrote: ‘If it were proved that this effect does not exist in nature then the whole theory would have to be abandoned.’

Einstein’s rigour and integrity inspired Karl Popper to form his influential theories on falsification: that a scientific theory is only useful if it contains the key to its own destruction. This, critics argue, is the fundamental flaw with anthropogenic global warming theory: it has been couched in such a way as to be unfalsifiable; it is being kept alive not by science and free enquiry, but by the kind of appeals to authority we see exemplified by Mann’s response to Steyn’s criticisms.

Mann may or may not have a case against Steyn on technical grounds; but in terms of the bigger argument about empiricism, free speech and the scientific method, he doesn’t have a leg to stand on. Steyn gets this and — as he did in his case against the Ontario Human Rights Committee — is laying his neck on the line not solely because he’s a show-off and an awkward sod but for the greater cause of western civilisation. Now go to his website Steynonline.com and read what you can do to support him.

This article first appeared in the print edition of The Spectator magazine, dated 15 February 2014

The martyrdom of Mark Steyn » The Spectator.

By broboinhawaii in Science, USA News, World News on August 16, 2014.
← Shock U.S. Senate Report: Left-Wing ‘Billionaire’s Club’ Using Environmentalism to Control the US Economy and Subvert Democracy Mann v Steyn: If This Trial Ever Goes Ahead Global Warming Is Toast →