Why Is China Nationalizing Christianity? | The Diplomat 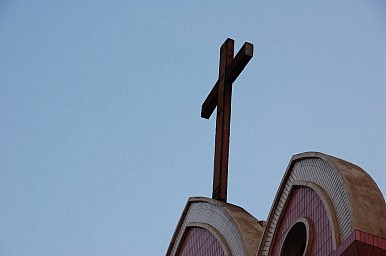 China will redouble its efforts to nationalize Christianity, a senior Chinese official announced on last Thursday.

“The construction of Chinese Christian theology should adapt to China’s national condition and integrate with Chinese culture,” Wang Zuoan, director of the State Administration for Religious Affairs, said at a Shanghai forum on the “Sinicization of Christianity,” according to Chinese state media.

Gu Mengfei, deputy secretary-general of the the Three-Self Patriotic Movement — a state-sanctioned umbrella organization for Protestant churches — elaborated on the initiative. “This will encourage more believers to make contributions to the country’s harmonious social progress, cultural prosperity and economic development,” Gu said.

It’s not clear from the report exactly what changes the government plans to make to its policy on Christianity. A crackdown of some sort on Christianity is almost certain, however. The Chinese government already places a number of restrictions on religion. All churches, for example, are required to register with the government. They operate under close government scrutiny, with all legal Protestant churches belonging to the state-sanctioned umbrella organizations, the Three-Self Patriotic Movement and the China Christian Council, and the Catholic churches belonging to the Chinese Patriotic Catholic Association.

Through these organizations, both Protestant and Catholic churches in China are already required to practice Christianity with Chinese characteristics, to some degree. For example, Catholics are not allowed to recognize the authority of the Vatican. Meanwhile, as the name implies, the Three-Self Patriotic Movement — which long predates the establishment of the People’s Republic of China — has Chinese nationalism at its core. The Three-Selfs are the three principles of self-support (financial independence from foreigners), self-leadership/governance and self-propagation (indigenous missionary work).

Nonetheless, the officials’ comments last week indicate that the Chinese Communist Party intends to further tighten its grip over Christianity. There are a number of possible targets and motivations for the crackdown.

via Why Is China Nationalizing Christianity? | The Diplomat.