Hamas, ISIL, and Boko Haram Wage the Same Islamic Jihad. So Why Does U.S. Policy Treat Them Differently?

Hamas. ISIL. Boko Haram. Many know that these terror groups for their brutality. However many may not know they are also bound together by the common rule of Shariah Law.

This system of governing condones a wide variety of abuses. Sharia-ist men are righteously entitled to own women and girls as sex slaves. Men or women of any culture or religion who refuse to submit to their version of Islam are subject to fines, imprisonment, or murder.

A quick primer: Shariah Law is not associated with the Prophet Muhammad. And it is found nowhere in the Koran. Rather, it was written hundreds of years after the death of Muhammad by power hungry men eager to control the Prophet’s followers for political gain. This was the beginning of Sharia-ism, the political movement of Radical Islam.

Today there are over two hundred terrorist groups in the Middle East intent on forcing Shariah Law on everyone.  Their Sharia goal is the same: to control all of humanity, starting with women.

The body count is staggering. In the past three years, more than 130,000 Syrians have died in the wake of ISIL’s Islamic Jihad, and another 5,500 Iraqi Christians and Muslims between January and July of this year. Mosul, a city Christians called home long for nearly 2000 years, is now nearly entirely Muslim thanks to ISIL’s persecution. Boko Haram kidnapped three hundred Christian Nigerian schoolgirls and murdered over a thousand more.

Nevertheless, opinion is split about one of the most prominent groups, Hamas.

The case is simple. Since 2009, Hamas has been implementing Shariah Law. This March, the terror group formally implemented it, and barred 400 women from participation in a UN marathon in Gaza. Shariah police impose the veiling of women and segregation of the sexes through corporal punishment. If raped, women will be lashed or tortured to death unless four men appear in Shariah Court to corroborate her story. The penalty for criminal activity is hand amputation or 20-80 lashes. Homosexuals and apostates face the death penalty.

Shariah law requires that any means be used to control the world, and Hamas, more than the other groups has chosen to sacrifice women, children and animals in the service of Allah.  Surf the web and you will find over hundred fact-checked articles and videos that Hamas fills Mosques, hospitals  & schools with women and children to use as human shields.  Or listen to Hamas admit to these horrific acts.  On this video.  They are told to stay put and ignore Israeli  text and leaflet warnings , while Hamas Jihadis hide in their concrete underground tunnels.    If you are an animal lover, you’ll be horrified to know that Hamas loads donkeys up with explosives and coaxes them into the line of fire. 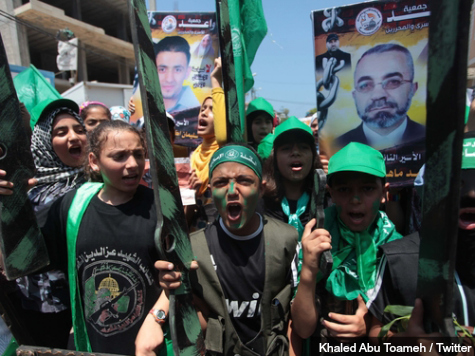 Hamas, ISIL, and Boko Haram Wage the Same Islamic Jihad. So Why Does U.S. Policy Treat Them Differently?.