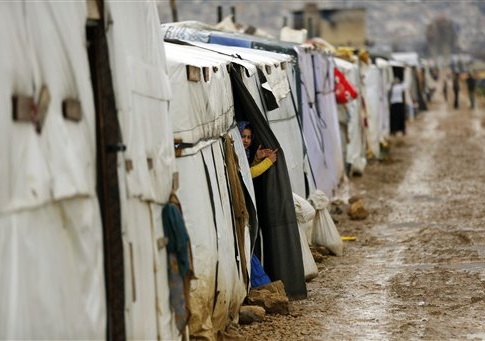 More religious communities worldwide were displaced last year than at any time in recent memory, the State Department said on Monday.

Millions of Christians, Muslims, Hindus, and other groups were forced out of their homes in 2013 due to their beliefs, the report said.

“Out of fear or by force, entire neighborhoods are emptying of residents,” it said. “Communities are disappearing from their traditional and historic homes and dispersing across the geographic map. In conflict zones, in particular, this mass displacement has become a pernicious norm.”

The three-year civil war in Syria was a particular locus of concern. Forces aligned with Syrian President Bashar al-Assad, including Iraqi Shia and Lebanese Hezbollah fighters, “targeted members of groups seen as aligned with the opposition, especially Sunnis.”

The Assad regime has also failed to protect members of Syria’s Christian community from Islamic militants battling its forces. Militant groups, including the increasingly powerful Islamic State of Iraq and the Levant (ISIL or ISIS), have expelled tens of thousands of Christians from Homs in western Syria.

“In the city of Homs the number of Christians dwindled to as few as 1,000 from approximately 160,000 prior to the conflict,” the report said.

Iran was again highlighted for having a dismal record on religious freedom. Religious and ethnic minorities were reportedly charged with “moharebeh [enmity against God], ‘anti-Islamic propaganda,’ or vague national security crimes for their religious activities.”

Iranian Christians and Bahais, whose members practice a monotheistic religion combining elements of other faiths, were subject to societal discrimination, arbitrary arrests, long detentions, and seizure of property. Iran’s Supreme Leader Ayatollah Ali Khamenei issued an edict last year requiring Iranians to avoid all dealings with the Bahais, who number about 300,000.

While the report noted that several senior U.S. officials have raised the case of imprisoned U.S. pastor Saeed Abedini with their Iranian counterparts, it said the lack of diplomatic relations between the United States and Iran limits the opportunities for the Obama administration to press Iran on its religious freedom abuses. Abedini is currently serving an eight-year jail sentence in Iran on charges related to his Christian faith.

“The United States has no diplomatic relations with Iran, and therefore has limited opportunity to directly raise concerns with the government over its religious freedom abuses and restrictions,” the report said.

That statement raised eyebrows among some activist groups who have been calling on the Obama administration to raise human rights and religious freedom issues directly with Iran in ongoing nuclear negotiations. The nuclear talks have come under withering criticism from U.S. lawmakers, who recently filed legislation to deny billions in sanctions relief to Iran unless the administration can prove that Tehran will not use it for funding terrorism, advancing its nuclear program, or violating human rights.

“We feel when it comes to negotiations over something so important as nuclear weapons, you really have to take a look at the government,” said Gabriel Pedreira, communications director for United Against Nuclear Iran (UANI), in an interview.

“What kind of government is this?” he added. “It’s a government that has a long history of persecuting religious minorities, political minorities, and repressing a lot of people.”

Carole Jackson, spokeswoman for the State Department, said in an email that both President Obama and Secretary of State John Kerry have raised the cases of imprisoned Americans with top Iranian officials.

“Both the Department and the White House have called for Mr. Abedini’s release, and Under Secretary Wendy Sherman discusses his case, along with the other detained and missing Americans in Iran, bilaterally with the Iranians on the sidelines of the P5+1 talks about Iran’s nuclear program,” she said.

Other U.S. adversaries were also singled out in the report.

Russia used a new law against “extremism” and other measures to place restrictions on minority religious groups. It is now illegal for foreigners to participate in religious organizations in Russia.

“Police across [Russia] participated in raids on private homes and places of worship of minority religious groups, such as Jehovah’s Witnesses and followers of Sunni theologian Said Nursi,” the report said. “Local officials often refused minority groups permission to establish houses of worship. Especially after instances of extremist violence in the North Caucasus, members of Muslim ethnic groups were subjected to physical attacks and social discrimination.”

Additionally, the report said anti-Semitism is on the rise in parts of Europe.

“The European Union’s Fundamental Rights Agency (FRA) survey of perceptions of anti-Semitism among Jews in eight member states (Belgium, France, Germany, Hungary, Italy, Latvia, Sweden and United Kingdom), released in November, found that in some countries as many as 48 percent of the local Jewish population had considered emigrating because of anti-Semitism,” it said.